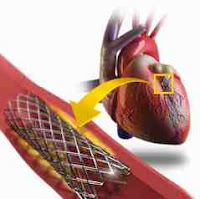 According to a health ministry official, prices of stents will be fixed by the drug pricing authority under a mechanism similar to that of medicines under the NLEM and the price control would result in a 50% reduction.


"Stent prices will be capped by the NPPA (National Pharmaceutical Pricing Authority) within a month. It will be capped at the average of prices of all products in a particular category with a substantial market share," an official said.

The decision comes in the wake of recommendations, submitted in December last year, by a core committee and sub-committee set up by the health ministry to examine the essentiality of stents and whether prices of such products need to be regulated.

INNLIVE was the first to report in December that the government is moving ahead with the committee's recommendations to cap stent prices.

"The government of India has further decided that the recommendations of the sub-committee with regard to inclusion of the coronary stents in the NLEM 2015 will be operational with immediate effect," the Union health ministry said in its latest notification.

Currently, over 5 lakh stents are used annually in India. Of this, around 60% are imported whereas less than 40% are manufactured locally. There is a large gap between products sold by multinationals and domestic companies.﻿
#KhabarLive
Share